“Church Mice” are not the Church
I have been writing for mission publications since I was 25. That’s 56 years ago. Lots of things have changed since. There has been, however, one constant factor. All through, every time I wrote about the human condition (Jesus’s condition, by the way) and what to do about it, I have received letters labeling me a “commie,” a heretic, and worse. In Uganda, in Idi Amin’s days and under the goons that followed upon his demise, I even received death threats. Not that it changed anything!

That people adverse to the Christian message would launch these attacks is to be expected. Surprisingly, however, some of these letters and social media messages come, to put it in St. Daniel Comboni’s words, from “the crooked ideas of good people.”  The general advice from these tunnel-vision Christians can be summed up in: “stick to religion and keep out of politics.”
“Politics” meaning anything that does not smell of incense. This type of advice comes from what I like to call, Church Mice. And evidently they are here to stay.

Let me explain. A Church mouse is the Catholic who believes that our Mission is to “convert” people, baptize pagan babies, give handouts to those “poor people down there,” and love them as long as they remain “down there.” Above all, stick to Churchy stuff. Don’t you dare get out of the sacristy or go one step beyond the “Thou shall not” approach to life so universally enshrined in the Ten Commandments.  Keep the law and play it safe.
But I say to every Church mouse: you may have missed the boat. God does not really care about your $5 million church building and all that goes with it. God cares about what you do when, having performed your religious duty there, you go out into the wicked world. That’s where the living Church has always been in the course of history pioneering health care, education and, in more modern times, even workers unions and independence struggles.

You were told, but I tell you…”
Two thousand years ago, Jesus, the son of God became an earthling like you and me. There were no clanging bells, lighted candles and burning incense holders when he came. In fact, it all took place away from the temple and the hypocrites who lived there. He was born among shepherds, who occupied the lowest rung in Israel’s society’s ladder. The event was so low-key that God himself had to provide the music: “Glory to God in the highest,” God’s angels sang. THAT was the beginning of our salvation. Meanwhile, where the Law ruled, the king was plotting how to murder a bunch of innocent children.

Jesus began his public ministry as an itinerant preacher by changing water into wine to save a young couple’s wedding feast. Then he started curing people, at times even on a Saturday. Scandal, heresy, unlawful, that’s what it was! It didn’t fit into any of the mental categories of the Temple mice. They were puzzled, so Jesus explain what he was up to.

“The Spirit of the Lord is upon me, because he has anointed me to proclaim good news to the poor. He has sent me to proclaim liberty to the captives and recovering of sight to the blind, to set at liberty those who are oppressed.” (Luke 4:18) Then he added that he came to “make all things new” and kept on telling us: “You were told, but I tell you…” And in case there were any doubts, Jesus left us the Beatitudes (Matthew 5:1-12). Faith means new life for all, not moldy rubrics for the perfect. 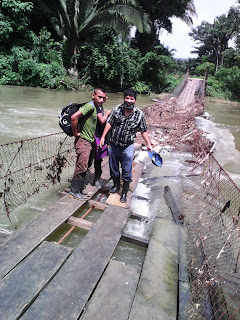 Jesus came to redeem the world by standing with the poor, by fighting oppression and opening our eyes to the wonders and dignity of all created things. No incense, no choirs of angels, no pomp and circumstance, no earthly power. Even our prayer will be sterile if it is not backed up by our actions. In Pope Francis’ words, there is no room for clericalism or privilege, because the Church is not the castle of the elect, but “a field hospital” for a wounded humanity.

So, if you consider yourself a Christian, stop grumbling about missionaries who are endeavoring to live like Christ by being out in the market place, on the battlefields of humanity, in the gutters with the oppressed. Pope Francis never ceases to remind us that God calls us “to go out to the margins of society.” It may not always be a pretty place, but that is where the gift of hope and solidarity are most needed. This is not doing politics. This is Christianity 101. How do we do it?

Integral development
Forget about the handouts to the poor as a permanent solution. We preach the risen Jesus by engaging in anything that restores the dignity of human beings. So instead of dumping frozen turkeys on the poor at Christmas, it may be more effective in the long run to identify and oppose the causes of poverty in our economy, our society and governments. The children starving in Yemen, victims of a bloody war we fully support, may be a case in point. And again the desperate masses crowding our borders because of how we have helped to create their poverty, come to mind. As Christians we have to stand by them. So opposing wars, the sale of weapons, and bans on desperate people wanting to stay alive are very Christian endeavors. Fighting toxic fumes and toxic policies are Christian endeavors. 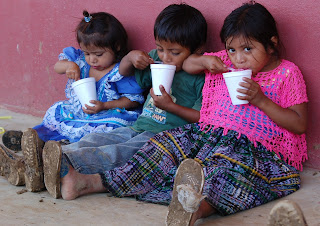 God’s gifts are not for keeping, but for sharing. Promoting human dignity, namely God’s image, by following the Beatitudes is one such gift. True Christians plunge into the world well aware that we do not have the monopoly on goodness. We, therefore, are more than happy to join forces even with people who may not share our views/beliefs 100% and would feel uncomfortable meeting in our sacristies. We must go out and embrace their share of goodness. They may be the “thousand points of light” the late GHW Bush was talking about, social workers in our inner cities, Islamic charitable clubs, Buddhist pacifist groups, Jewish organizations, youth groups, UN humanitarian agencies, the little church down the street, neighborhood organizers.

Don’t be jealous, share your light with the light of believers and atheists alike. God is good, all the time. God does not do politics, but God requires justice, not just your baptismal certificate.