This column first appeared in the Spring 2019 issue of Comboni Missions
Joy or Humbug?
Pope Francis and the Missionary Church 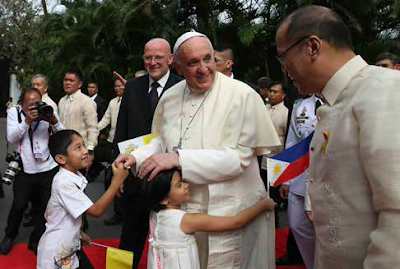 Recently a dear, old friend of mine, a “good Catholic” who deep down in his American soul thinks I am a little bit of a heretic, but loves me anyway, told me over a good shot of single malt Scotch that he had just become a great-grandfather. We celebrated. New life is a source of joy.

Not everyone agrees. Joy? “Humbug!” groaned some other, more “realistic” acquaintances of mine later that evening. Will this child remember 2019 as a good time to be born? Look at the state we are in!

I did look. And I cringed. We live at a time when it seems to be perfectly OK to lie and insult others, when the poor, the sick, and the elderly are persecuted by the privileged; when defenseless refugees are treated as invading aliens; when Church leaders are less than prophetic; when white privilege is raising its ugly, racist head; when we hold the record on the sale of weapons and toxic fuel; and ridiculing science is a political game. Humbug, is it?

Not for a second! For one thing, great-grandpa and I have survived some pretty horrible times ourselves over the last 80-plus years and we still think that a new life is a joy forever. But, above all, didn’t Jesus, with the signs of his wounds very visible on his resurrected body, say: “I came that you may have joy, and that your joy may be complete” (John 15:11)?

As the rigors of Lent make room for the joy of Easter— and you can’t have one without the other—I find solace in the presence of Pope Francis at the helm of the Church. If there is a theme that stands out in his teaching, it is the reminder of the “joy of being” and the delight we find as missionaries in taking this joy to the periphery, the outer limits of the world. Francis is a constant reminder that if the Church is not missionary, it is not the Church. That mission is called the Good News and that, as Sirach says: “The fear of the Lord (namely, faith) will bring you hope and joy.”

Just take a look at the pope’s writings. The language is simple and brimming with Christian optimism. Read 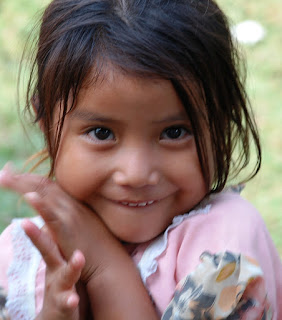 the titles of his main documents:

• The Joy of the Gospel, on our common Christian mission
• The Joy of Loving, on the wonders of family life in all its diversity
• Laudato Si’ (St. Francis’s hymn of joy) on the wonders and beauty of creation as it was handed over to us to protect it and improve it
• Rejoice and Be Glad, on our path to holiness.

In these documents Pope Francis reminds dour Church legalists that “we shouldn’t throw the laws of the Church at people as if they were stones.” Get it? Be gentle, understanding, patient, and merciful. After all, our faith is a joy, not a test of endurance. The Church is a “field hospital” rather than a refuge for the elect. The Eucharist is a healing intervention of God rather than a reward for the perfect. Wow! If we were beginning to gasp for oxygen, our lungs are now bursting with it.

Now, some of you will say: “It’s funny you should mention these documents, because, mostly, we never even heard about them. Do we live in the same century, or even in the same Church?” Good question. It was the question that whirled through my mind when I came back from Europe not too long after the election of Pope Francis. Why so much enthusiasm, interest, and praise over there and an almost total ignorance and indifference over here in the United States? When was the last time you heard a sermon on Pope Francis’s teaching on welcoming the stranger, on climate change, on the various facets of a pro-life stance (it’s all or nothing), on getting away from a 9-to-5 pastoral routine and being shepherds 24/7? Why do we close churches in poor areas, the “peripheries” next door to us, in favor of megastructures run like businesses in comfortable, middle- and upper-class surroundings?

The leaven of the Pharisees is the sum of poisonous words, or activities of members of the Church, hierarchy and laity, who shout humbug at the Pope of Joy. These are the Catholics who would like to turn the Church into a museum of Christian antiquities. By 2019 indifference to Pope Francis has turned into open hostility, often sponsored by rich and very white conservative institutes, by “new” religious congregations with dubious backing and medieval customs, by some seminaries’ rigor mortis where one would expect youthful enthusiasm, by nostalgic moaning over past popes, who were great, of course, but are...past. The Spirit, we should remember, lives in the present and was sent into the world “to make all things new.” Rejoice!

The leaven of the Herodians includes those politicians who poison the table of the poor, of the meek, and of the peacemaker to gorge themselves on the ill-gotten harvest of the seeds of division they have planted. This kind we will always have with us, just as mosquitos during the summer. Joy-killers, one and all. As my friend’s great-grandbaby grows up, we will need to provide youthful, honest, forward-looking politicians who will concretize joy by implementing our pope’s prophetic message. They may not do it because of the pope, but simply because it is the right thing to do. Some see similarities between Laudato Si’ and the New Green Deal recently introduced in Congress. Can we see the similarities, or are we blinded by prejudice? Life on the planet is at stake. Life is Joy. 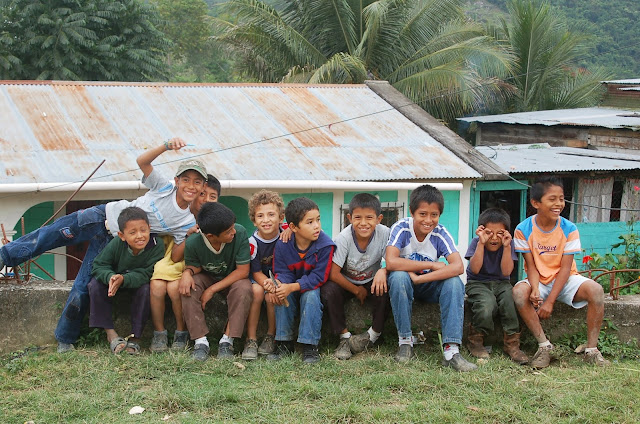 Fear not, little child. Some of us socially minded Catholic “heretics,” living Pope Francis’s legacy, will have your back, teach you to live by mercy rather than by the law, and practice the joyous wonders of Matthew 5:1–12 and Matthew 25. This is and will always be the mission we have been called to.